Despite that Bison might not be the most ‘cuddly’ character that exists, there are still quite a few official plush toys of him in existence. They’re one of my favorite types of merchandise. 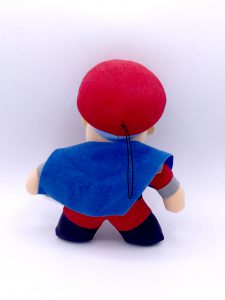 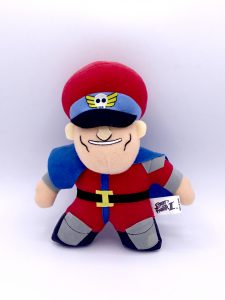 This plush toy is around 6 inches tall and was made in the early 90’s as part of a promotion for Street Fighter II in Japan. They could be obtained through crane games.

The complete set of plushies consists of the 12 original Street Fighter characters, as seen below: 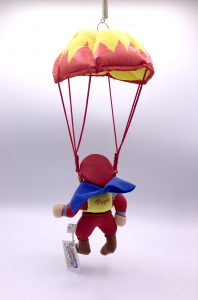 This is a very very rare plush. And one of my most favorite items. The figure itself is around 6 inches and hangs on a parachute. I had seen this item years ago in a Street Fighter book for the animated movie: “The magnificent world of Chun Li”. All I had to go by was a small black and white photograph and I never quite got him out of my head: when I started this collection I knew I had to have this guy. Luckily, a good friend could help me here years later. (Still looking for the keychain.) 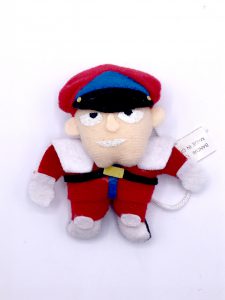 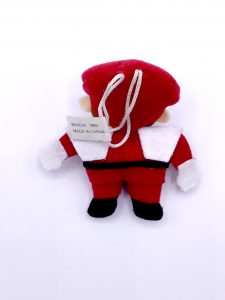 A Very cute plush keychain! It was a UFO catcher prize that could be won. Like the first plush on the page, this one is also made in the early 90’s for the release of Street Fighter II. It’s very detailed for its size: about 2.5″.  This is also one of the very few early items that show Bison’s pupils. They were retired for full white eyes not long after. 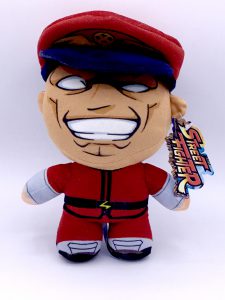 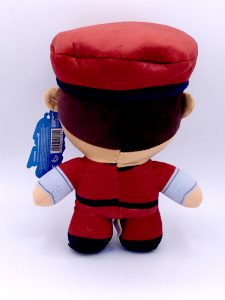 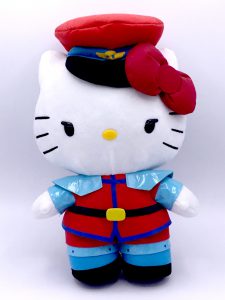 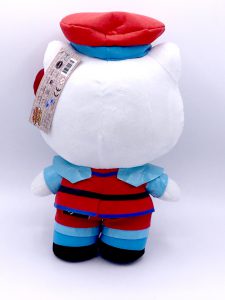 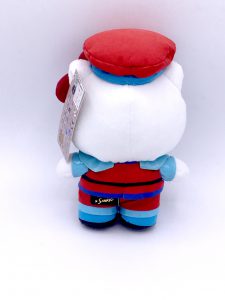 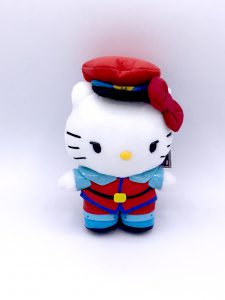 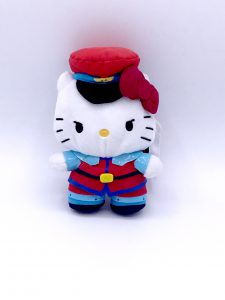 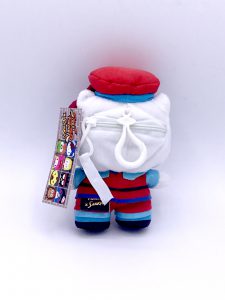